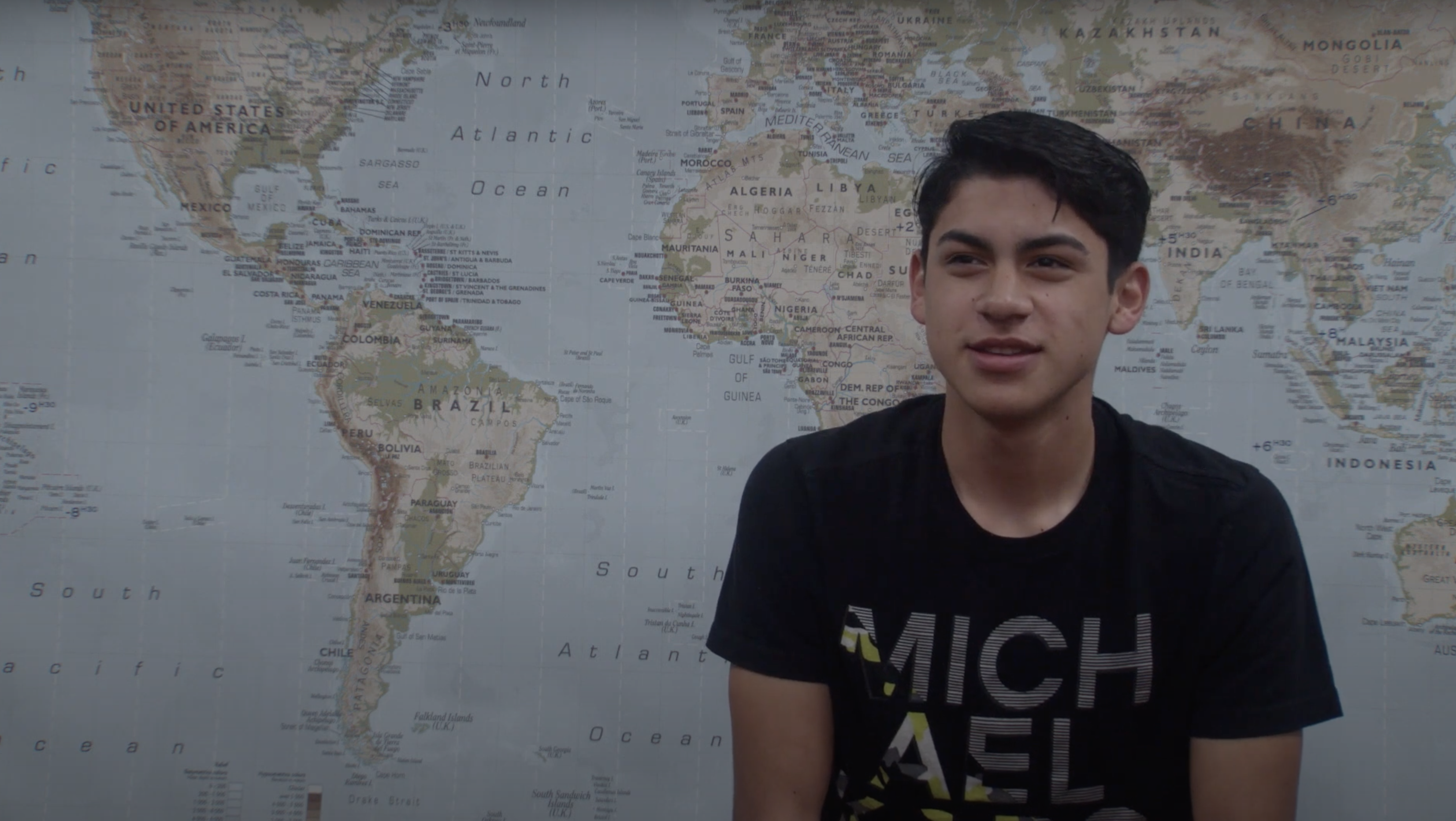 San Clemente High Class of 2022 graduates Nancy Polanco, Joseph Sanchez, and Mirca Gomez share a number of similarities. They are all college bound and have scholarships that will help pave the way for them and their families.

All three are poised to reach heights they could never have envisioned when they were young. Not surprisingly, all were top performers in high school with 4-plus GPAs, advanced classes and active school lives.

What may be a surprise is that none of them spoke a word of English when they began their education in the Capistrano Unified School District.

Polanco, who was born in the United States but grew up in Guatemala, enrolled in San Clemente High School in ninth grade. She came here on her own while her family stayed behind in Guatemala. Sanchez and Gomez were both born in the United States as well, to Mexican immigrant parents. Both were classified as “English learners” entering kindergarten, and have since become biliterate, maintaining their first language while learning English.

The gains they have made are remarkable and a testament to the successes English learners can reach in the Capistrano Unified School District.

At any given time, more than 3,500 students among around 43,000 total in Capistrano Unified receive a program of English Language Development (ELD) instruction, which includes designated and integrated ELD.

When students enroll in school a Home Language Survey is completed.  The responses to the home language survey determine if a student’s proficiency in English should be tested. If the assessment determines the student needs further support developing their English language proficiency, they are identified as English learners and are provided English language services.

By law they are entitled to receive educational support from the district and remain in ELD until they test out and can be reclassified.

Last year, Hanley said the ELD program was able to help about 25 percent of its students become reclassified. The program continues to monitor and support about 2,000 students for the first four years after reclassification.

Hanley says when she began teaching 31 years ago, about 90 percent of her students, mostly Vietnamese immigrants, were English learners. She quickly became interested in helping them learn and adapt to their new life in the United States.

What may have started as a professional requirement and interest turned into passion and, she says, “became my life’s work as an educator.”

Hanley was taken by the transformative power of learning English as a gateway to the American experience and societal involvement.

“I saw the rewards, motivation, and excitement in my students,” she said. “Their appreciation for learning, growth in English, and excitement continued to motivate me to continue finding the best practices for English learners.”

Over the years, Hanley has seen “hundreds of English learners become proficient in English, graduate from high school, and move on to having successful careers, and become broadly literate and civic-ready adults.”

The need for ELD is widely divergent across Capistrano Unified, where it is estimated about 70 languages are spoken, with four overall levels of fluency amongst the 3,700 language learners.

Kati Bennett, the chair of the English Department and a long time English Language Department teacher at San Clemente High, shared the stories of Polanco, Sanchez and Gomez.

When Polanco arrived with her family four years ago, she was just looking to fit in and find her way. It is unlikely she could have imagined becoming a role model.

Polanco is headed to UCLA with a full academic scholarship from the Los Angeles Angels Scholarship Foundation. She plans to study neuroscience and hopes to become a university professor and researcher.

After being placed in beginning ELD classes, Polanco received tutoring at school and the Boys and Girls Club and rigorously applied herself. Not only did she quickly become proficient in English, but Polanco joined the AVID college and career preparedness program at San Clemente High as a sophomore and was soon tackling honors, International Baccalaureate (IB) and Advanced Placement (AP) classes.

As a junior, Polanco and Madeline McDonald co-founded Ayundando a los Amigos, or Helping Friends, a lunchtime tutoring program specifically for English learners.

Polanco spoke to the Triton Times about her experience moving to the United States and trying to assimilate. She told the Triton Times, “I faced the challenges of not knowing the language as well as not having any friends, which made me feel lonely sometimes, since I couldn’t establish a relationship with anyone.”

Bennett praised Polanco saying, “Nancy is one of a kind. Through hard work and perseverance, she has earned the opportunities of a lifetime. She is a role model for other students as she encourages and supports them to pursue their own dreams.”

Sanchez will be the first in his family to earn a college education. While continuing to work at his father’s landscaping business through school, he graduated with a full scholarship and will continue his studies at the University of San Diego with the goal of becoming a medical doctor.

After completing the IB Spanish program, Sanchez is fluent in both Spanish and his adopted English. Sanchez started in the AVID program as a freshman and has excelled in advanced classes, especially STEM – science, technology, engineering and math – courses. He has mentored incoming freshmen, participated in the school’s drama program and played baseball.  Sanchez also earned an Angels Baseball Foundation scholarship.

“Joseph is everything a teacher could want in a student: he’s kind to others, takes his academics seriously, and seeks out opportunities to grow and make connections with others,”  said Lindsay Mariani, his AP Literature teacher. “There is nothing about his recent achievements that surprises me. He deserves all of it.”

According to Bennett, while Sanchez worked alongside his dad, his father always told him, “Si vas a hacer algo, hazlo bien.” If you are going to do something, do it well.

Gomez plans to major in education at Cal Poly San Luis Obispo, after which she hopes to pass along the blessings and lessons she received as an English learner.

Kristen Dimperio, the faculty advisor for the Link Crew, the mentorship program for incoming freshmen, was impressed by Gomez’s empathy for young students.

Gomez was president of the Link Crew, and Dimperio said of Gomez, “She is someone that I can always count on to help a student that is struggling to make connections on campus.”

Gomez said she is inspired by the words of Nelson Mandela: “It always seems impossible until it’s done.”