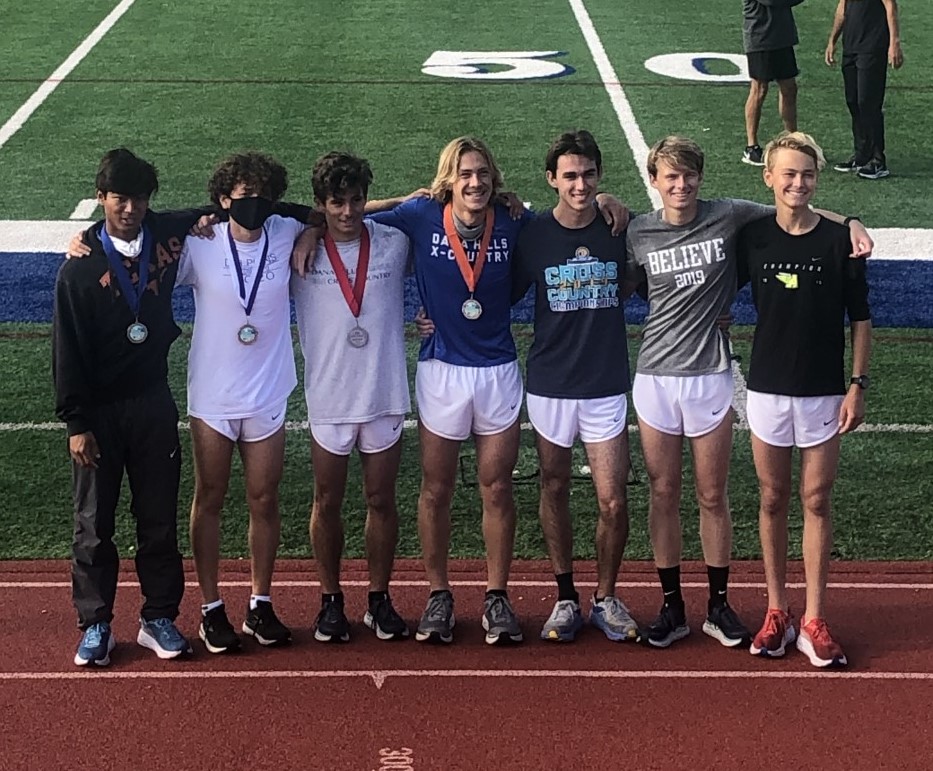 Gutsy performances down the homestretch by some individual runners were the reason the Dana Hills Cross Country team was able to come out on top at the South Coast League Finals held March 20 at Dana Hills High School.

The Dolphins placed five runners among the top 11 and scored 31 points, edging El Toro, which was second with 37 points. Aliso Niguel (82) and Mission Viejo (88) finished third and fourth, respectively.

Dolphins’ junior Jai Dawson (14:56.9) was the clear winner and top scorer on the three-mile course but it was his teammates Gianni Viola, Brandon Pizano, Ryan Broadhead, and Nick Burke who made the difference over the final 500 meters, Dana Hills coach Craig Dunn said.

“With 500 or 600 meters to go in the race, we were losing to El Toro and Gianni and Nick were two huge reasons why we were able to get ahead of them at the end,” Dunn said.

Viola, who finished second, had been running fifth before making a strong move to pass El Toro runners in the final 500 meters.

Burke had been in 13th place when he also sprinted past El Toro runners at the end to finish 11th.

The Dolphins struggled slightly at the start of the season before putting in the necessary work to win the league title for the 18th time under Dunn’s tenure.

“They really put their shoes on and got to work and got back where they belong. The last four or five weeks of the season they were really grinding and putting it all out there in their workouts and mentally preparing what they need to do at league finals,” the coach said.