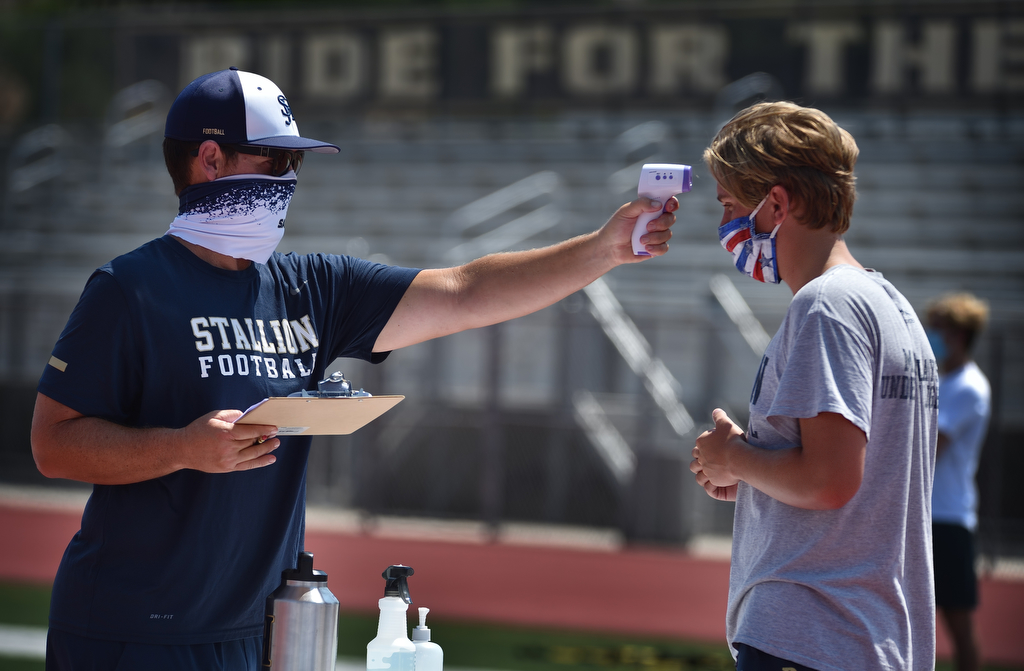 During the summer when plans were being made on how fall sports were going to be played in the midst of a pandemic, there was a lot of shrugging and confusion.

Lately, with cases rising again across the state, that uncertainty continued as questions persisted as to when sports would begin again.

This week, the California Interscholastic Federation (CIF) delayed again the start of practices for fall sports, pushing back the date to when it might provide future guidance to Jan. 1, 2021 at the earliest.

That means practices that were supposed to begin in December are suspended for football, volleyball, cross-country, water polo, golf, tennis and more – while games that were scheduled for January are in jeopardy.

Capistrano Unified was disappointed in the latest delay, but is prepared for whenever the guidance changes.

“All high school athletic directors are findings ways to have their athletic programs train during the school day as well as after school,” said Tim Hornig, Executive Director of Secondary Education at CUSD. “With student health and safety at the forefront of everyone’s minds, we will continue to have our student athletes train pending further competition guidance. Additionally, programs continue to plan for pending competition schedules in district facilities. As soon as our athletes are granted the opportunity to compete, we will have facilities ready to support the condensed seasons.”

CIF has already canceled regional and state championship games for fall sports in order to give teams more flexibility to play as many regular-season contests as they can.

Boys volleyball was moved to the spring to try to prevent the loss of two full seasons for the sport’s athletes.

High school athletes haven’t been able to do anything more than workouts and conditioning in small groups since Aug. 3.

In March, when the pandemic forced schools to close throughout the state, those spring sports’ seasons were cut short, also canceling CIF championships.

CIF has allowed athletes to participate on club or travel teams while also playing high school sports, something that was prohibited previously.

“With this whole COVID situation, I don’t know if I’m too confident in anything because the rug has been pulled out from under our feet a few different times,” San Juan Hills head football coach Robert Frith said earlier this year. “We are just trying to get through each day.”

Since the pandemic first hit Orange County and sch

Welcome back from winter break, CUSD! With 2020 be

WE ARE HIRING!! Now accepting applications for a D

CUSD and @hoaghealth have partnered to provide tip

Tis the season for giving back! Despite the pandem