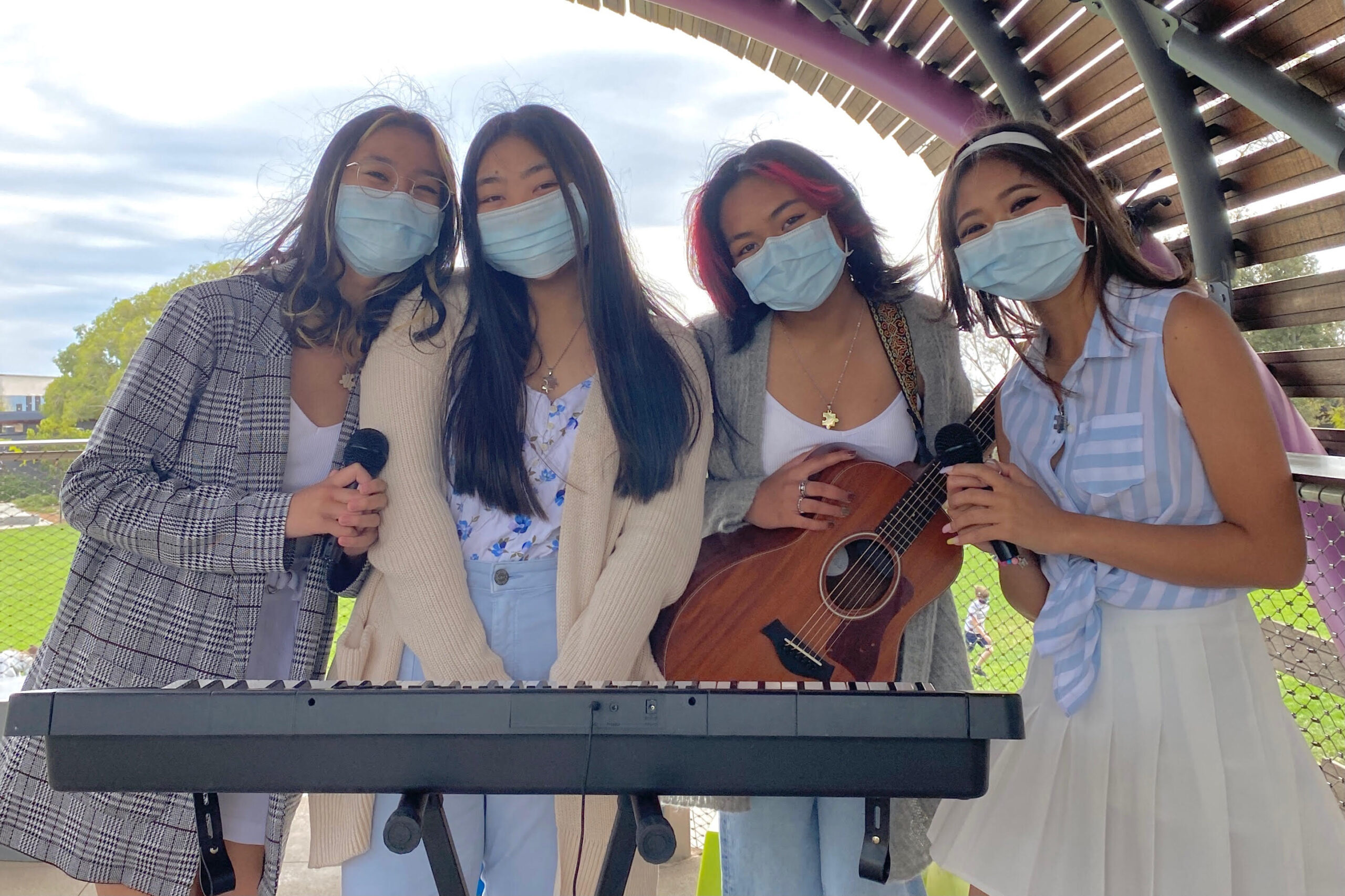 A musically inclined quartet of students has crafted a song about combating hate against Asian-Americans that will be played at a national conference in June.

The tune features Kataoka on piano with Tenorio and Morales on vocals. Dimalanta was the producer, guitarist and did the harmonies. All four contributed on the lyrics and chords.

Much to their excitement, “Fault’s Alike” will be played at the upcoming Association for Popular Music Education (APME) conference in Chicago.

But that isn’t the only recognition their work is getting.

The song won Tesoro $500 toward anti-hate initiatives as part of last year’s “To Know Better” multimedia contest sponsored by the Orange County Human Relations Commission. The competition called for students to “create an inspiring campaign to stop hateful vibes and wrongful bias fueled by the pandemic,” according to its website.

Not bad for a debut.

The group told CUSD Insider that they first met while playing in the orchestra. They are also members of a club, Generation Inclusive, or Gen I for short.

“Fault’s Alike” comes amid the ongoing COVID-19 pandemic and increased reports of anti-Asian/Pacific Islander hate crimes and hate speech throughout the country. All this has affected them and inspired their journey to craft the song.

“All of us are Asian,” Kataoka said. “There are not that many songs that I know of for stopping Asian hate. I think this song is really important because it talks about how you can be an ally to us. By even listening to the song, you’re supporting Asians and stopping hate.”

When listeners hear the work, “It’s like taking a step in our shoes, about how we’re seeing this whole thing,” Morales added. “It’s about having a basic understanding of how others feel about the current situation. That was our main goal for the song.”

Tenorio commented on the intense collaboration needed to make “Fault’s Alike” a reality.

“We stayed up a lot, trying to write the lyrics,” she said. “We took inspiration from a lot of songs we listen to. It was a lot of brainstorming.”

Kataoka, who attended Tesoro High as a freshman before transferring to OCSA, added, “We did it all in one day. We stayed up until like 5 in the morning to get this done.”

“We never thought the song would get this far,” Dimalanta said. “But we all found each other through music, and I’m proud to have our song out there.”

Tiffany Le, one of Tesoro’s counselors, said she has been impressed by the students’ professionalism toward their project.

“They have such drive and commitment at such a young age,” Le said. “It’s amazing that they saw the contest as a worthwhile competition, knowing they wouldn’t gain individually, but for the greater community.”

So what’s next for Gen I?

They want to further their message at their school about promoting inclusivity. That could include creating another original song, promoting diverse literature being read in the school or creating a special mural.

Whatever happens, it will be another example of how their efforts have paid off.

“It’s nice to know our hard work is going to live on in multiple ways,” Morales said.