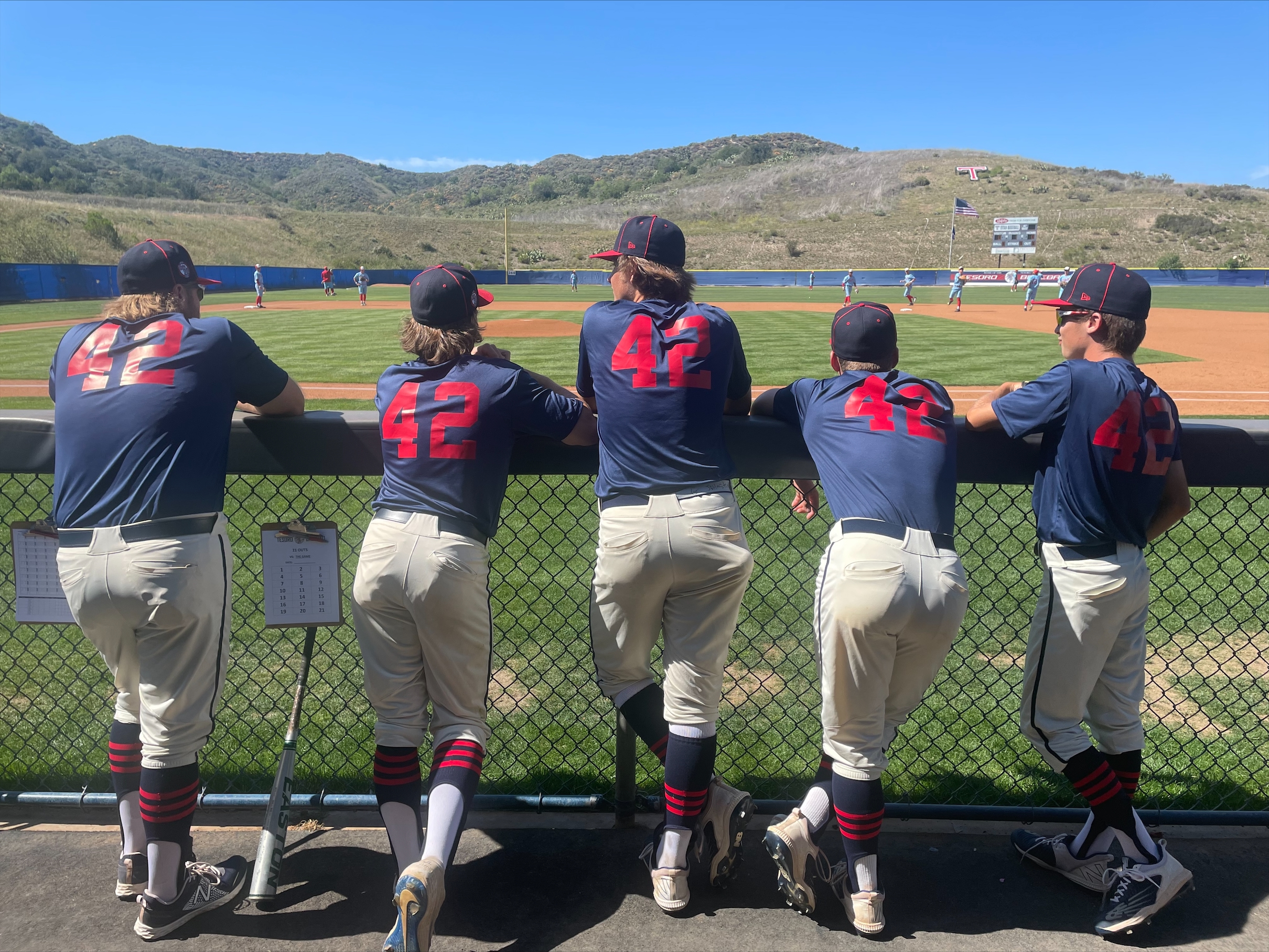 Tesoro High’s baseball team is following the tradition created by Major League Baseball by donning the No. 42 on their uniforms on April 15.

April 15, 1947, was the day Robinson broke Major League Baseball’s color barrier with the Brooklyn Dodgers. His number was retired in 1997 and Jackie Robinson Day was established in 2004 in his honor. Robinson’s son, David, visited Dodger Stadium to speak to the team on this special day.