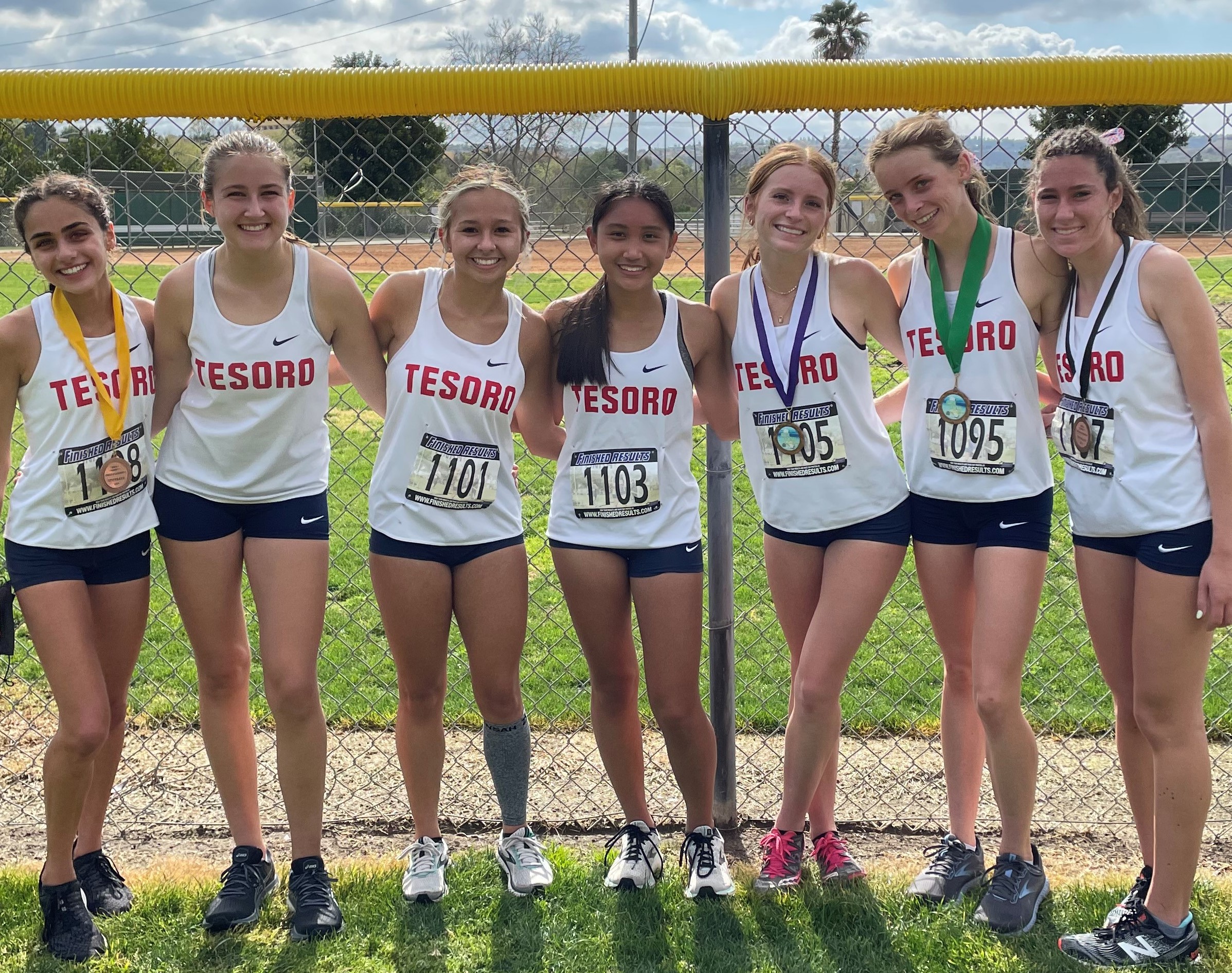 The Tesoro girls cross country team made the best of an unconventional season.

Tesoro coach Courtney Tebbe said Yassa trained hard during the quarantine and logged miles on her own for part of the year.

“She just really stepped  it up and improved this year,” Tebbe said. “That was really exciting.”

McGettigan, the team’s only senior, finished in a personal best 19:08.8, shaving 18 seconds off her time on the same course three weeks earlier.

“That was a huge race for her,” Tebbe said.

With the coronavirus forcing the season to be postponed last fall, the team has spent most of the past eight months training, but not competing, the coach said.

“They were just so excited to have any chance to race,” Tebbe said.

And when competition did resume in February, the Titans raced only in duel meets against league opponents, not in large invitational meets, which is usually the case, she said.

The Titans came into the season returning only two runners from the 2019 squad which placed fifth at the CIF-SS Division 1 finals and seventh at the CIF Division 1 State Championships.

“I wasn’t super optimistic about a positive season without returning as many people but a lot of people really stepped up this year and did awesome,” Tebbe said.