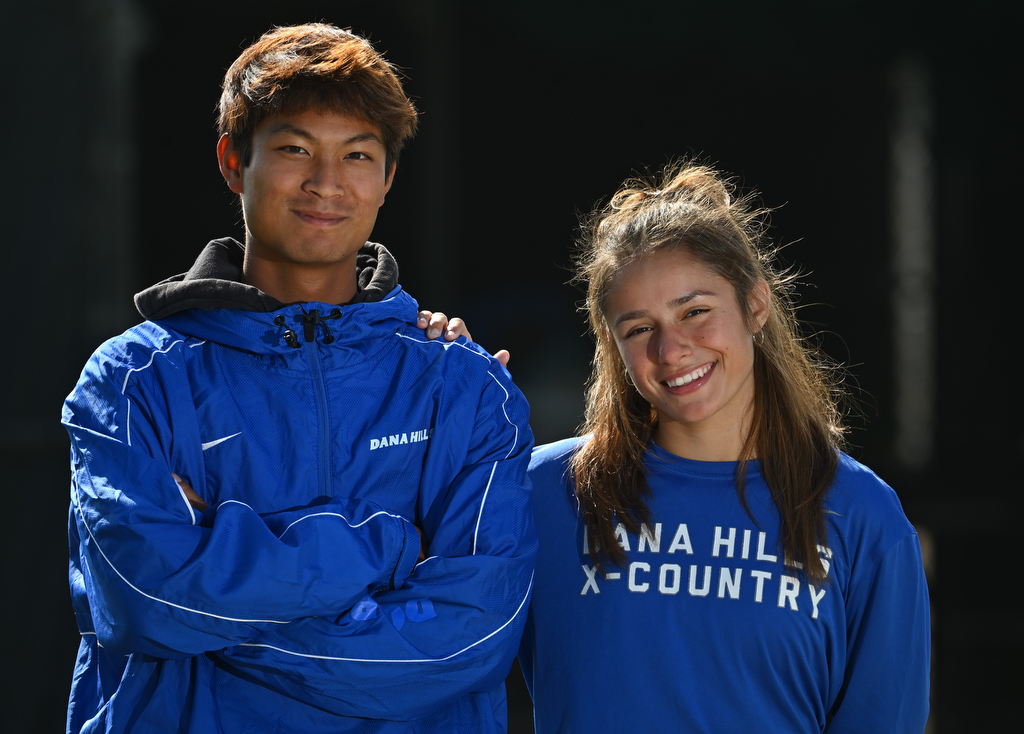 Dawson, a senior, won the boys’ Division 2 race in 14:55.2, leading the Dolphins to a sixth place finish as a team and a berth in the CIF State Cross Country Championships, which take place this Saturday at Woodward Park in Fresno.

“He was reserved (in the race),” Dana Hills High Coach Dana Mesa said. “But I’m glad, because he worked his way and did what he needed to do. He did a great job.”

With first-place finishes in the sweepstakes race at the Orange County Championships, the Division 1 varsity race at the Mt. SAC Invitational and at the South Coast League Finals, Dawson has distinguished himself this season as one of the top runners in the state.

Markow finished fifth in the girls’ Division 2 race in 17:38.2, helping the Dolphins finish fourth as a team. The Dana Hills High girls’ team will also be competing at Fresno.

The junior has also excelled this season, finishing first at the South Coast League Finals, third in the Sweepstakes race at the OC Championships, and fifth at the Dana Hills Invitational.

Other runners and teams representing schools in the Capistrano Unified School District also performed well enough at the Southern Section Finals to earn a trip to Fresno.

Capistrano Valley High and San Clemente High finished third and fifth, respectively, as a team in the Boys Division 3 race and will also compete in Fresno.