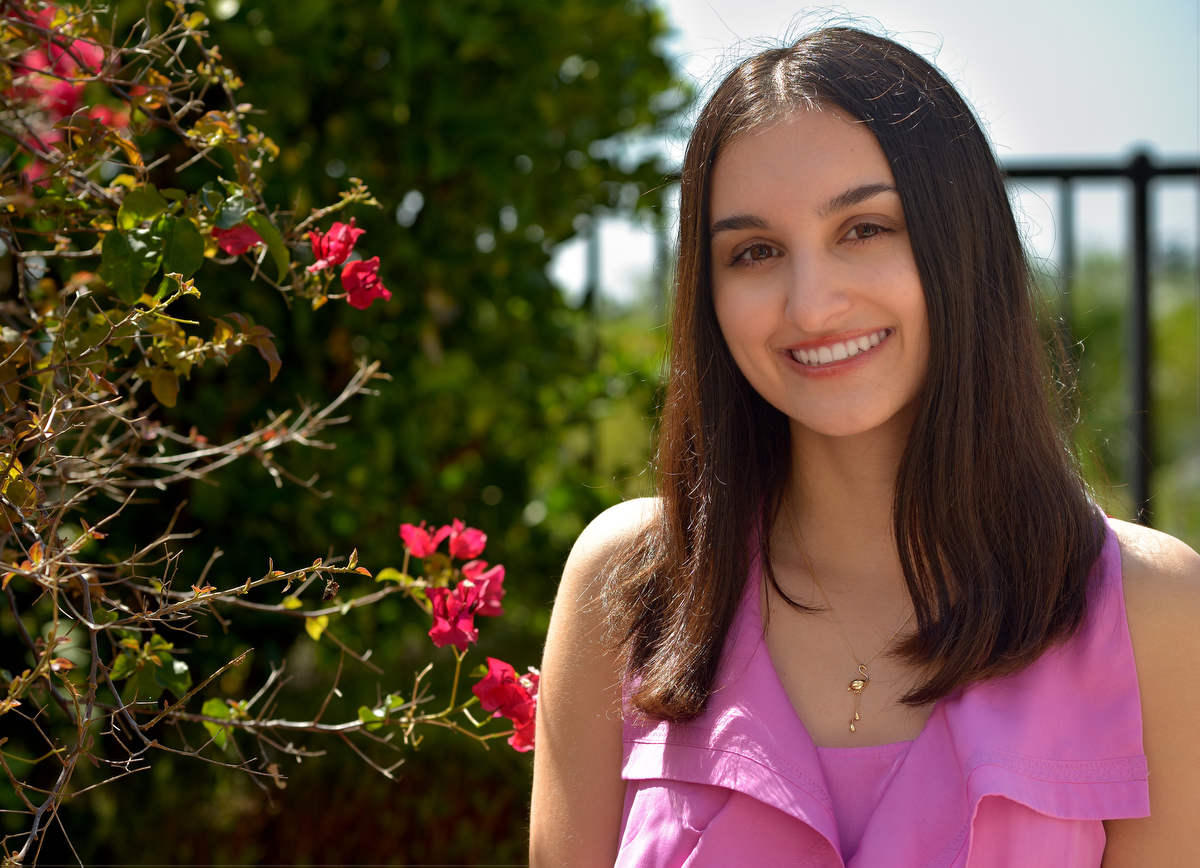 And Kara’s star shines brightly on the international stage as well.

She is one of just 300 top scholars honored by the Society for Science with the Regeneron Science Talent Search Scholar award, the nation’s oldest and most prestigious science and math competition for high school seniors that provides students with the opportunity to present original research and celebrates the novel accomplishments of young scientists who bring fresh perspectives to significant global challenges.

Still, the Regeneron scholarship just one of a long list of accomplishments for Kara, a Mission Viejo resident with a 4.76 GPA and one of several Capistrano Valley High School 2022 class valedictorians.

Kara founded the CVHS chapter of Girls Who Code, an international organization that mentors female computer science students who want to pursue coding on campus and beyond. She led a team of 20 girls in developing the chapter’s Cyberbullying Awareness website, and she’s a multiple winner of the Aspirations in Computing Award from the National Center for Women & International Technology. She helped create the popular interactive online “Beat Covid” video game.

She has consistently aced honors and Advanced Placement classes and previously taught fifth-graders as part of the Santa Ana Math Club.

“I’ve always been a good student,” she says. “I learned to read early and I’ve always wanted to do more. I study with passion and challenge myself.”

With the award money she’s earned from science fairs, she funds donations to refugee families. In her spare time, she was captain of her school’s varsity tennis team and trained as an opera singer.

“I also have fun,” she insists, noting that she loves to draw and paint with pastels and oils and enjoys singing popular music by artists such as Adele and Rihanna. She meditates twice daily, which she credits with spurring creativity and strengthening focus.

Still, it is her unquenchable thirst for knowledge that drives Kara to continually learn new things.

“I’ve always loved math,” Kara says. “I attended the Ardent Academy in Irvine after school beginning in third grade, and I loved it there because I wasn’t just doing the same old math.”

Over the years she has competed in Math Olympiads and tournaments and has spent summers learning new skills on her own, such as computer coding.

“I want to learn something new all the time,” she explains. “I am becoming comfortable with being in uncomfortable situations.”

By that, Kara means that she is unafraid to audit college-level research courses, including those taught via YouTube by Stanford University’s internationally recognized Professor Mehran Sahami, the James and Ellenor Chesebrough Professor in the School of Engineering and Professor and Associate Chair for Education in the Computer Science Department, a Bass Fellow in undergraduate education who formerly was a senior research scientist at Google.

It was Dr. Sahami who first inspired her to learn coding.

Yet, it was Kara’s longstanding and arduous work with UC Irvine’s Dr. Peter Chang, assistant professor-in-residence in the School of Medicine’s Radiological Sciences department and co-director of the Center for Artificial Intelligence in Diagnostic Medicine, that attracted the Regeneron scholarship, which includes a $2,000 award for her and an equal award for her high school.

Her scientific study with Dr. Chang, published in a top journal, was the basis for her Regeneron application, one of those chosen from 1,805 applications received from 603 high schools in 46 states, Washington, D.C.; Puerto Rico; and eight other countries. The winners are from 185 American and international high schools and home schools in 37 states, China, Switzerland, and Singapore.

Her partnership with Dr. Chang began with a summer internship and blossomed as she worked with him in analyzing thousands of images to develop a computerized radiological program that helps physicians identify the correct placement of respirator tubes near the esophagus.

Kara acknowledges that attaining her goals has meant a lifetime of problem-solving.

“Even with learning coding, I was initially scared,” she recalls. “Figuring out your own mistakes can be stressful. With more effort, you see it different.”

She says she has learned from reading the book “Mindset: The New Psychology of Success,” by Dr. Carol S. Dweck, that “fear is OK, and you can accomplish anything.”

The daughter of Turkish immigrants – mother Serpil, a civil engineer, and father Yilmaz, a software engineer – Kara says her mother is her role model and an inspiration she shares with her fellow female coders.

“Now, we have a growing sisterhood and a future with more gender equity,” she observes. “Some of the girls who weren’t interested and didn’t want to pursue STEM are now confident.”

Kara speaks fluent Turkish and is excited about spending a month in Turkey this summer prior to moving to Palo Alto in the fall. Of course, she has other plans as well that involve learning, particularly foundational artificial intelligence related to cybersecurity and quantum computing.

“Before I was even a student of hers, Mrs. Kubba was more than happy to be an advisor for my Girls Who Code club,” Kara said. “She even gave me the idea to incorporate pair programming into our lessons. Ms. Johnson encouraged me to pursue my passion in scientific research. All of my teachers and the faculty at Capo have supported me endlessly and I am so grateful for them.”

Upon her arrival at Stanford, she wants to tell Dr. Sahami how much he has inspired her.

“My ultimate goal is to continue my research at Stanford and to become a professor myself,” she says.