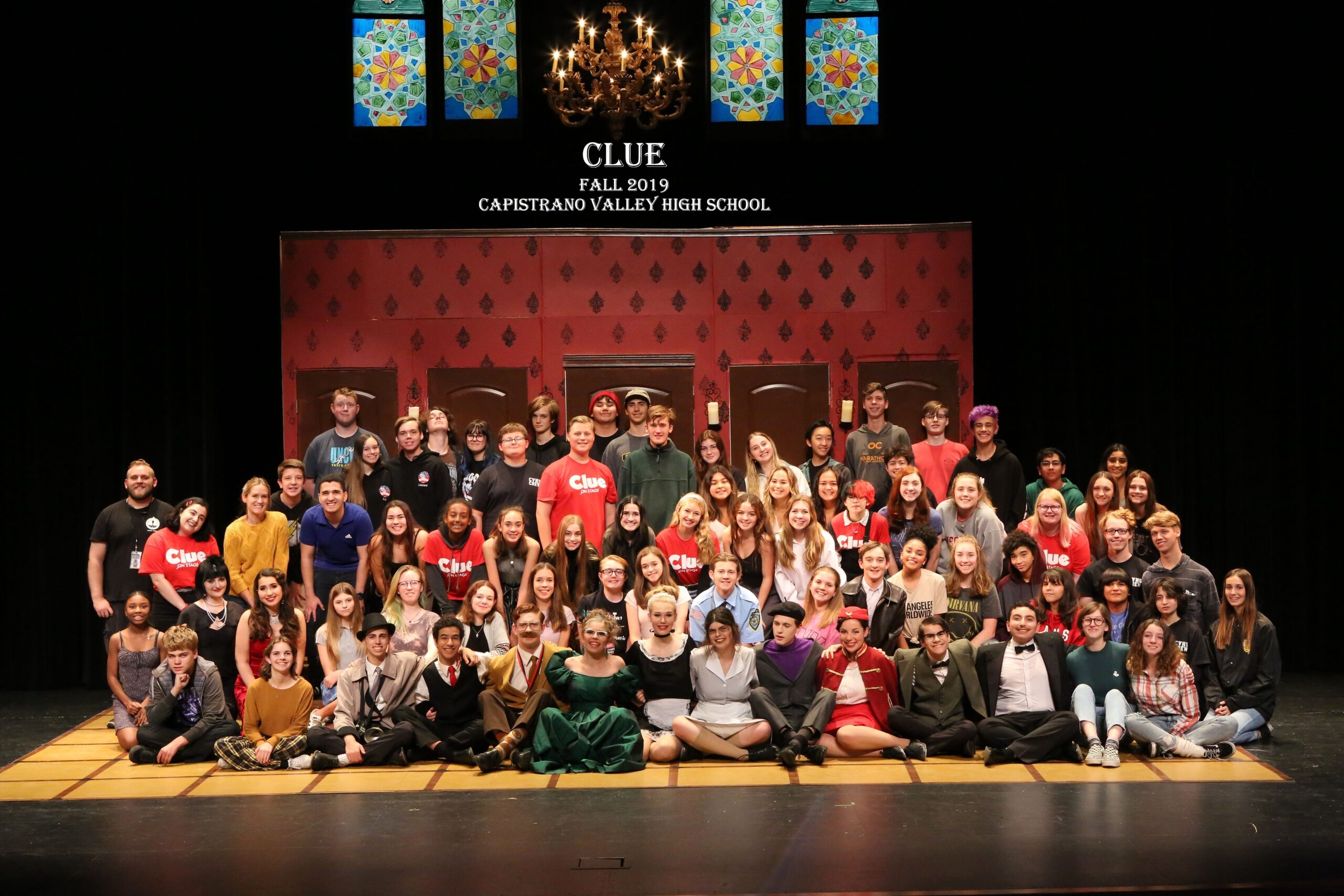 The students in Capistrano Valley High School’s production of “Clue” had a difficult task ahead.

They had just four hours, starting at 4:30 a.m., to re-build the entire set on stage at the Plummer Auditorium in Fullerton ahead of their redux performance to 1,300 people from around Southern California.

Though they hadn’t performed the play since the fall — when the school won first place in the California Educational Theatre Association for the first time in 10 years — the cast and crew were ready.

“I stood in the wings and watched our cast perform, and while the crew came out at the end and all 60 students got a standing ovation from the largest crowd they’ve ever performed for,” director and drama teacher Emily Tucker wrote in an email. “I was a very proud teacher… (they) worked under immense pressure and succeeded in conquering an almost impossible task. It was truly magical.”

“This is a big, big deal for our school,” Hill said before the festival. “We’re all really excited. It’s a huge honor for me as a senior to be part of this kind of legacy.”