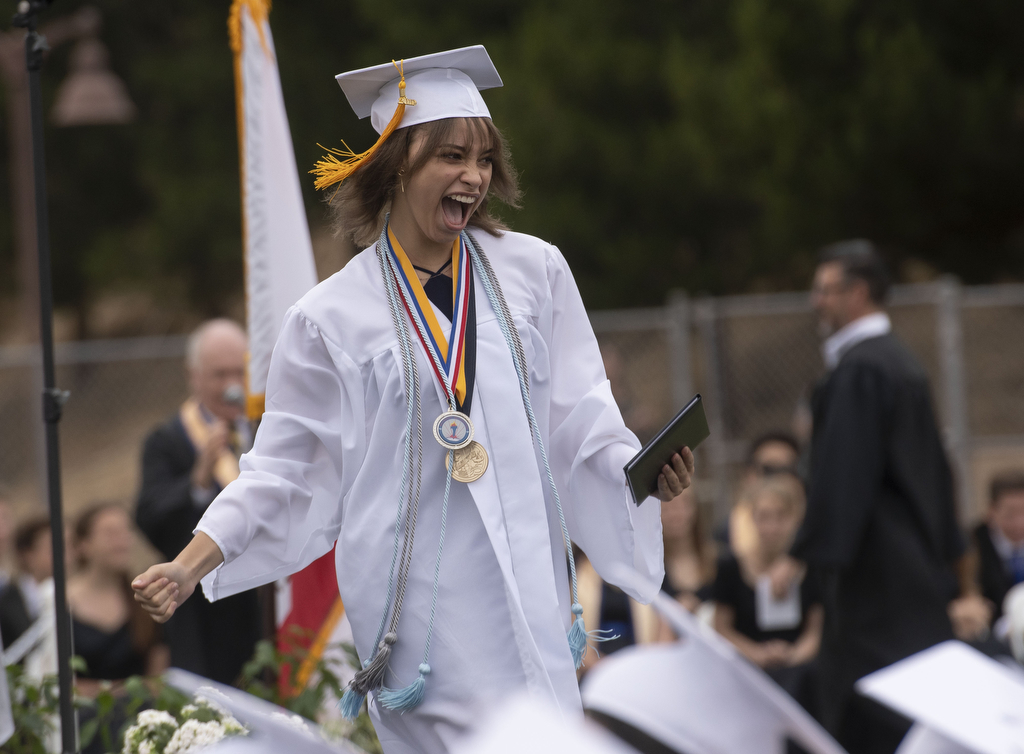 San Juan Hills High School’s 2019 graduation was a memorable one, not just for the students but for the principal, Jennifer Smalley, as well.

The pair shares a special bond because they started their journey at San Juan Hills High School together.

“As you all began your first year of high school, I too began my first year as your principal,” Smalley said. “During our freshman year together, we learned very quickly what it meant to be a Stallion.”

About 554 students celebrated with family and friends Thursday, June 6 during a graduation ceremony that took place at the school’s stadium.

The school heard speeches from Scholar of Scholars Brandon Tong, Student Mia Meltzer, and Student Luciana Benzan, as well as Smalley and Jones.

“Every single step, both forward and backward that have contributed to the important piece of the puzzle that makes the class of 2019 who we are,” Meltzer said. “Though there were setbacks, they really were just set ups for something greater in the future.”

Senior Class President Stephanos Margaretis presented the Class of 2019 gift to the school – new score boards for the gymnasium that will match the school’s new branding.

One by one the students walked up to receive their diplomas.

“Stallions, you have worked really hard to reach this moment,” Smalley said. “All of us here applaud those moments where you fought against your own self-doubt during the last four years, and turned that energy into potential and promise… Thank you for four years of GOLD memories.”

An hour or so later, and with a throw of their caps, the students’ time at San Juan Hills Highschool officially came to an end.