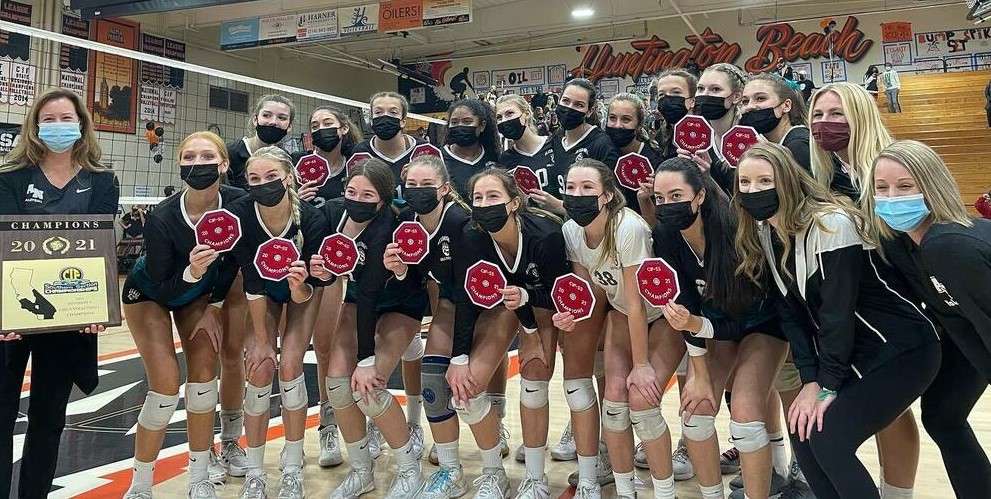 The Aliso Niguel girls’ volleyball team, with its lineup of battle-tested upperclassman, are CIF champions.

Behind stellar blocking, and the attacking of Madyson Smith and Kendra Duffy, who had 15 and 14 kills respectively, the top-seeded Wolverines defeated Huntington Beach in four sets, 27-25, 26-24, 20-25, 25-21, to capture the CIF SS Division 2 championship on Nov. 6 at Huntington Beach High School.

“For us, we just know that we always have to fight,” Aliso Niguel coach Richelle Whiting said. “When it gets tight, we are really good at managing that because we are just so used to being there.”

The Wolverines are riding a five-game winning streak, with their last defeat coming against San Clemente in the final South Coast League contest of the regular season.

Because of that loss, the Wolverines shared the league title with the Tritons, instead of owning the title outright.

The loss served to motivate the team heading into the playoffs, Whiting said.

“We are now sharing a title and we needed to prove that we are better than that,” Whiting said. “So it did put a little bit of a chip on our shoulder in that way.”