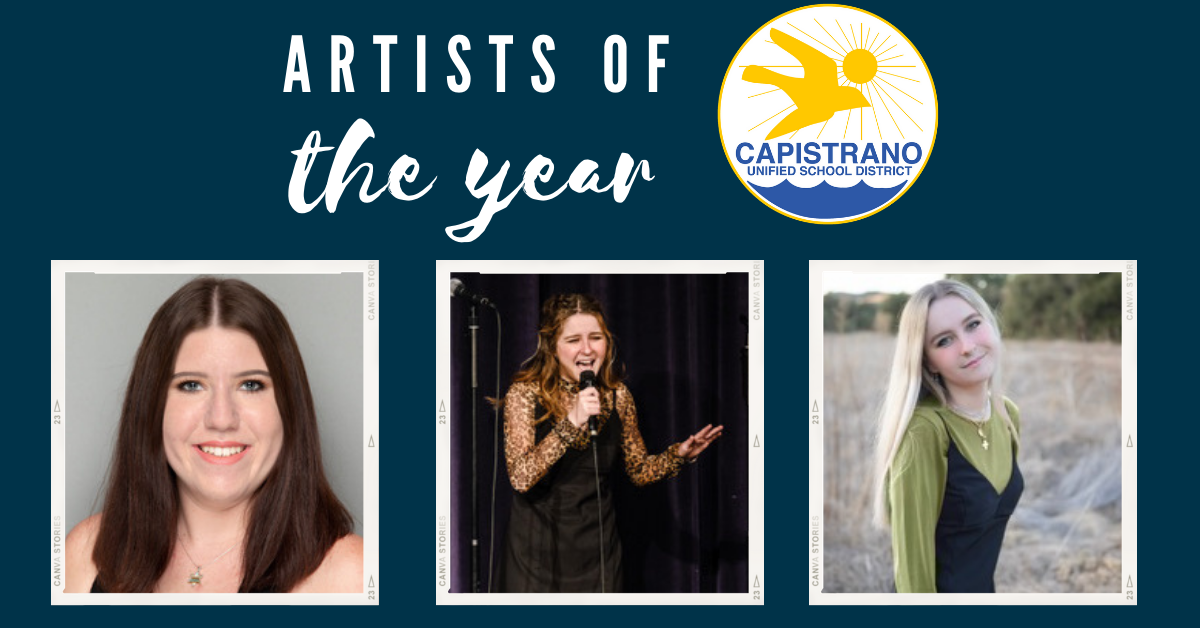 Each year, the Orange County Department of Education takes part in recognizing several artistically gifted students through the Artist of the Year award.

This year, 105 semifinalists were named out of 606 nominees across the county based on artistic performances and applications.

Of the 105 gifted semifinalists, six are from schools in the Capistrano Unified School District, and one was named a finalist for the Artist of the Year award.

“It is certainly quite an honor for the students to be nominated firstly, and to be selected by their teachers as a standout,” said Tesoro High School Choir Director Keith Hancock, who has taught Watts. “A good percentage of their lives have been devoted to working on their art form to become better singers and better performers. It is a validation of the time and effort and the natural ability they have in their art.”

Watts, a Tesoro High School student, has been singing since she could talk. For her, music is a way to express what is on her heart and be herself.

“When I found out I was super excited and honored,” Watts said. “I felt like it was a humbling experience because it’s not just people from your school but it’s all of Orange County. The fact that I even got nominated was more than enough for me.”

For Needleman and Verrengia, this award is incredibly meaningful, especially as juniors.

“I felt really honored to be nominated by (Mrs. Graff) and honored to be a part of such a talented group of teenagers,” Needleman said.

While reflecting on what motivates her to pursue her art, Verrengia said, “I love getting to put out a story and create something that could impact someone.”

Needleman and Verrengia both plan to pursue theater after high school in some capacity.

The award is meaningful not only to the students who were nominated and chosen, but to Capistrano Unified as a whole as well, said

Cambria Graff, the director of theatre arts at San Juan Hills High School, who has taught semifinalists Needleman and Verrengia.

“For us as a program, it is showing that we really can hold water against these other programs as a public institution,” Graff said.

She emphasized how important it is for these students to receive recognition for their talent and hard work.

“The biggest thing is that it shows the students that this is achievable,” she said.

Click here to learn about the winning artists of the year.