Home Home Featured The Key to Suicide Prevention Is Treatment 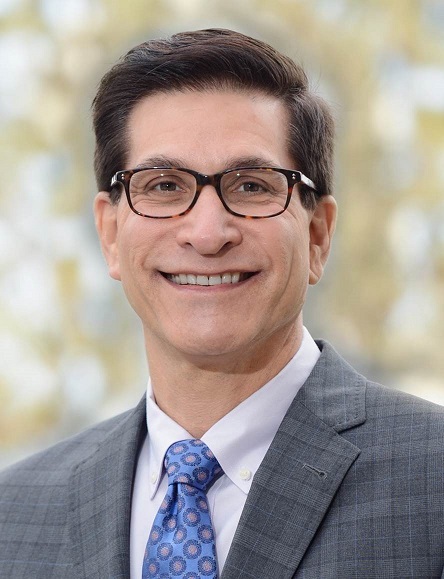 * Editor’s Note: Dr. Sack will lead a conversation for parents on how to approach the topics of self harm and suicide with your child, warning signs to look for, and resources available to you and your family on Feb. 26 from 6-8 p.m. at Capistrano Valley High School. RSVP for the event here!

The nation is in the grips of a suicide epidemic, but unfortunately too few are recognizing or acknowledging it. Overshadowed by the opioid epidemic, the rate of suicides in the U.S. has doubled in the last 25 years. More people now die by their own hand than in car accidents.

So, what can we do about it?

The most effective way to prevent suicide is to identify those people in our community who are at increased risk and then help those individuals get the counseling and treatment they need. More than half of all people who commit suicide have never been in treatment. This tells us that if a person begins therapy signs of distress and thoughts of hopelessness appear, we can intervene to prevent the worst.

Young people are particularly vulnerable. In the 1990s, suicide was the fourth-leading cause of death in adolescents. Today, it’s the second-leading cause. The shift in suicide is substantial, and it’s affecting our communities in profound ways.

We know that a vast majority of people who have other psychiatric disorders, such as addiction, depression and anorexia, are at a higher risk of suicide than the general population. Addressing these underlying issues can help head off suicidal thoughts and self-harm.

People are also at increased risk of committing suicide if they’ve made a suicide attempt in the past, particularly young people, people with diagnosed personality disorders and people with substance abuse issues. A common misconception is that if a person unsuccessfully attempts suicide, they weren’t really suicidal. This is not true. An individual who makes a suicide attempt is much more likely to complete a suicide in the future.  It is a signal that a more lethal attempt may occur likely in the next few months or years if the underlying problems are not addressed. Understanding this and getting proper counseling are key to preventing suicide in this high-risk group.

It is also important to remember that suicide plays out differently in different people. Some are suicidal only intermittently, meaning their ideation might be tied to something specific, such as a cancer diagnosis. If their cancer goes into remission, their suicidal thoughts subside. For these people, it is important to keep an eye on the triggers that cause suicidal ideation. If the cancer returns, for instance, the thoughts of suicide might come with it. If we can engage these people in treatment and evaluation, we can support them long enough for their suicidal thoughts to resolve.

One glaring difference in adolescent suicide versus adults is in the outsized influence social media plays in their lives. Online bullying can be particularly aggressive, as bullies feel “protected” by anonymity or physical distance. There is also the phenomenon of suicide clustering, where friends and acquaintances of an adolescent suicide victim attempt suicide themselves.  Finally, the Internet can both escalate feelings of hopelessness and provide teens with a virtual “encyclopedia of suicide.”

Pre-internet, a distraught person would have a difficult time researching the most lethal means of suicide. Today, access to lethal methods and information is rampant, making it more likely that someone who is experiencing suicidal thoughts will actually die.

Other risks facing teens today include internal pressure to succeed and societal expectations. The prevalence of opioids has had an effect, as addicts are 10 to 14 times more at-risk of suicide. No doubt, the decriminalization of marijuana will change the landscape of suicide in the coming years, as well.

Among the most significant barriers to suicide prevention are follow up and continuity of care. While we know from research that ongoing treatment can greatly protect people from the risk of suicide, access to specialists who have the skill and training to work with children and families is often limited. Many organizations throughout Orange County are working to fill the need, including Hoag, which launched ASPIRE (After School Program: Intervention and Resiliency Education), an intensive outpatient program for adolescents, who have primary mental health disorders and possible co-occurring substance abuse challenges.

Being part of a supportive system, having an ongoing relationship with therapists or medical providers and getting treated for underlying medical and psychiatric conditions can go a long way to protecting a suicidal person from dying.

The key is receiving the right treatment from the right professionals. For example, we know that today primary care physicians write more prescriptions for anti-depressants than they did 30 years ago, but we also know that some of the most common anti-depressants work differently in teens than in adults. Some drugs can actually increase the risk of suicide attempts in adolescents. The teen brain requires a teen brain expert.

Suicide is a rampant problem for our young people, but if we understand the risks, talk about it with our teens and their providers and – most importantly – act, we can make the difference between life and death.

David Sack, M.D., is a Board Certified Psychiatrist for Hoag, published researcher in areas of Depression, Schizophrenia and Substance Use Disorder, and served as Medical Director of Aspen Education Group, a national youth mental health services company.

Capistrano Unified School District and Hoag Hospital will lead the discussion “Self Harm and Suicide” on Wednesday, February 26 from 6 to 8 p.m. at Capistrano Valley High School, 26301 Via Escolar, Mission Viejo. RSVP for the event here!