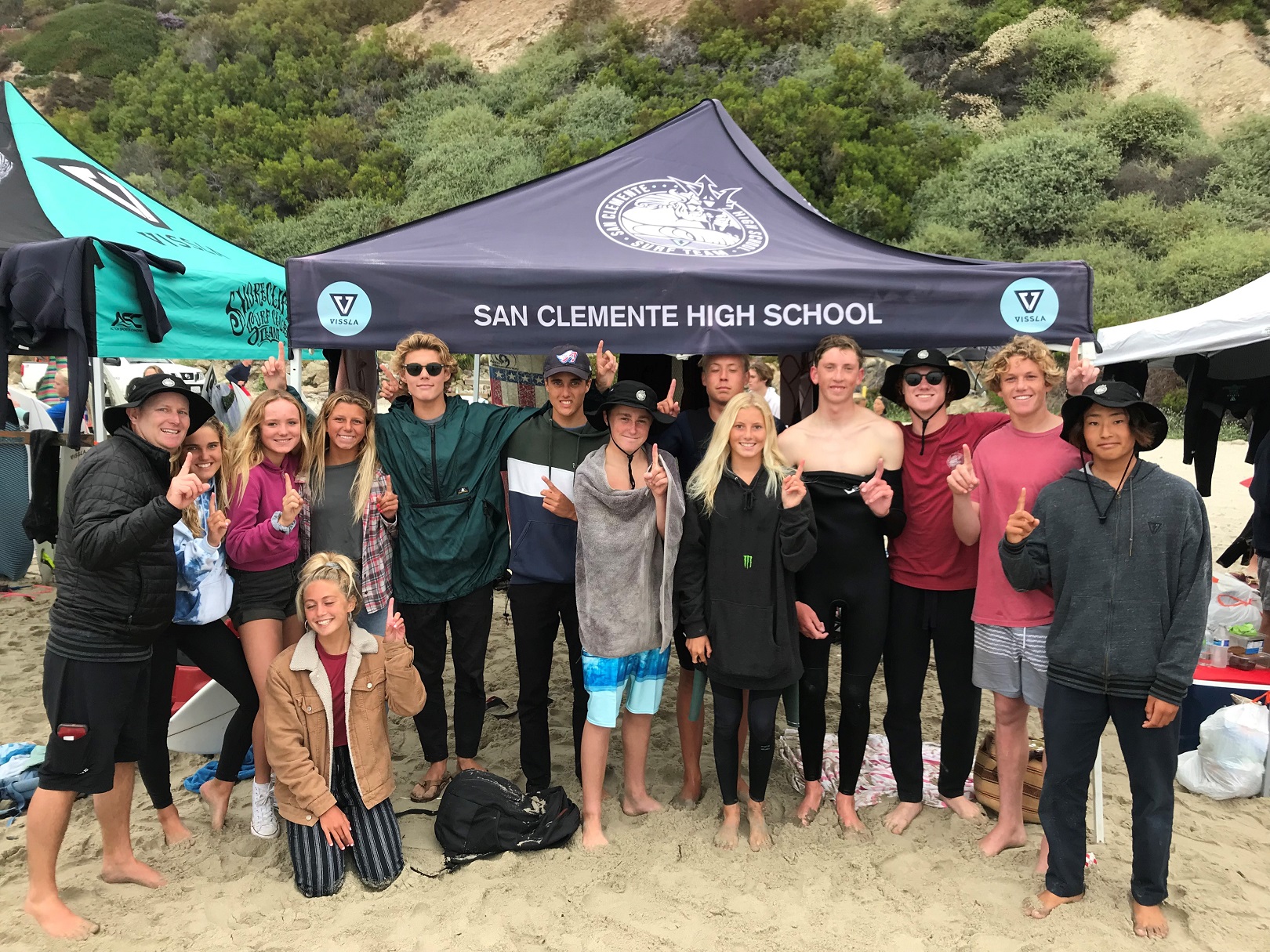 Surfers from across the nation in middle to college ranks competed in the premiere event for high school surfing, the NSSA Interscholastic National Championships. Over the course of three days, students hit the waves at Salt Creek Beach in Dana Point to compete for the national title.

“It came down to the last few heats of the event when Kai McPhillips and Ethan Mudge were able to bring home the title,” said San Clemente High School head coach John Dowell. McPhillips won the varsity mens division, earning him his 6th interscholastic title, and Mudge finished in third.

“Bringing the title back to San Clemente after a tough loss last year means a lot. The kids work hard all year and to see their hard work pay off is awesome,” said Dowell.

Shorecliffs Middle School claimed their 16th national middle school title, and pulled off a title sweep in the individuals with Brayden Burch in MS Boys, Sawyer Lindblad in MS Girls and Banning Wetzel in MS Longboard! Bernice Ayer Middle School was closely behind, coming in at 4th place for the middle school team.

The National Scholastic Surfing Association (NSSA) is a nonprofit organization that strives to provide a fun surfing experience for all of its members. The NSSA also promotes qualities of discipline and competitive excellence, and is one of the few national youth sports organizations that require its participants to maintain academic standards in order to compete.

Ater the National Interscholastic Championships, the NSSA Explorer and Open National Championships will take place in Huntington Beach from June 26 through July 3.

Visit the NSSA website for the complete Championship results here.

Guests were treated to an evening of beautiful mus

The nation is in the grips of a suicide epidemic,

Next stop “Shark Tank?” Well, maybe not quite

Did you know? Research reports that students who f

This week, schools across CUSD are celebrating the