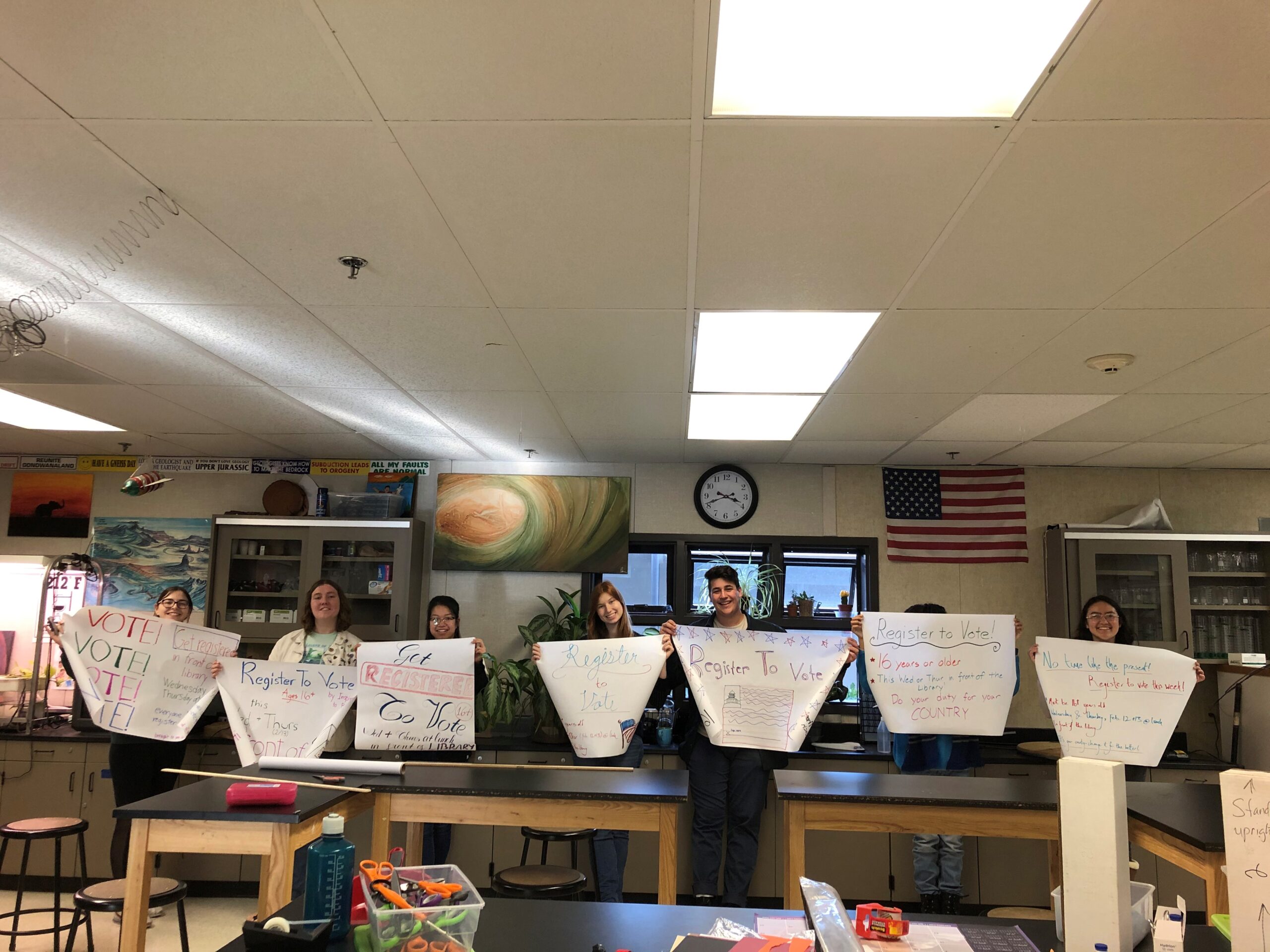 A group of well-informed students have a mission at San Clemente High School: Registering all juniors and seniors to vote — even those who are not yet 18.

The students in Inspire To Be, a club that works to improve the lives of others, held a voter registration drive that began in early February in which they visit classrooms of juniors and seniors during their tutorial period to help them register (or pre-register) to vote. The club has registered over 100 students thus far.

“It’s really important to mobilize today’s youth to get involved in politics and registering to vote is the first step in being an active independent citizen,” said Inspire To Be cofounder Genavieve Koenigshofer, organizer of the voter registration drive along with TrinityRose Acfalle-Carranza, Inspire To Be Cofounder, and teacher Allison Shick. “I wanted to effect change that way and getting involved has only strengthened my belief that students should get involved at an early age.”

The students and teachers will explain common mistakes in registering to vote, and will pass around voter registration forms that students can fill out and mail. Common mistakes include not using a pen with blue or black ink or incorrectly signing and dating the bottom of the form. Koenigshofer said people often put their birth date instead of the date of their signature.

Students age 16 to 17 can register now and will receive a ballot to vote for the election that follows their 18th birthday.

Koenigshofer, who’s 17, said it felt good when she preregistered to vote following her first Capistrano Unified School Board meeting as student advisor. A woman at the meeting approached her and asked if she was registered to vote. When Koenigshofer said she wasn’t, the woman told her to go to ocvote.com and register.

“That night I went home and registered to vote online and was stoked by how easy it was,” she said. After that, she began telling her friends to register online as well.

This year’s primary election is March 3, and will be the first year that Orange County uses “vote centers” rather than polling places. All voters were sent mail-in ballots on Feb. 3, and voters have a choice of mailing them in or dropping them off during an 11-day period ending on Election Day. Voters can cast their ballots, drop off mail-in ballots, or register to vote at the centers that are open during the day as well as nights and weekends.

“When you’re 18 you have to register for a lot of things. Having preregistered to vote takes off a lot of stress and makes sure you aren’t deprived of the right to vote,” Koenigshofer said. “Voting is a privilege we are given constitutionally and not something we should push aside. It’s something we can get involved in right now.”